Please note: As required by the European Securities and Markets Authority (ESMA), binary and digital options trading is only available to clients qualified as professional clients.

The Basics of the Elliott Wave Method 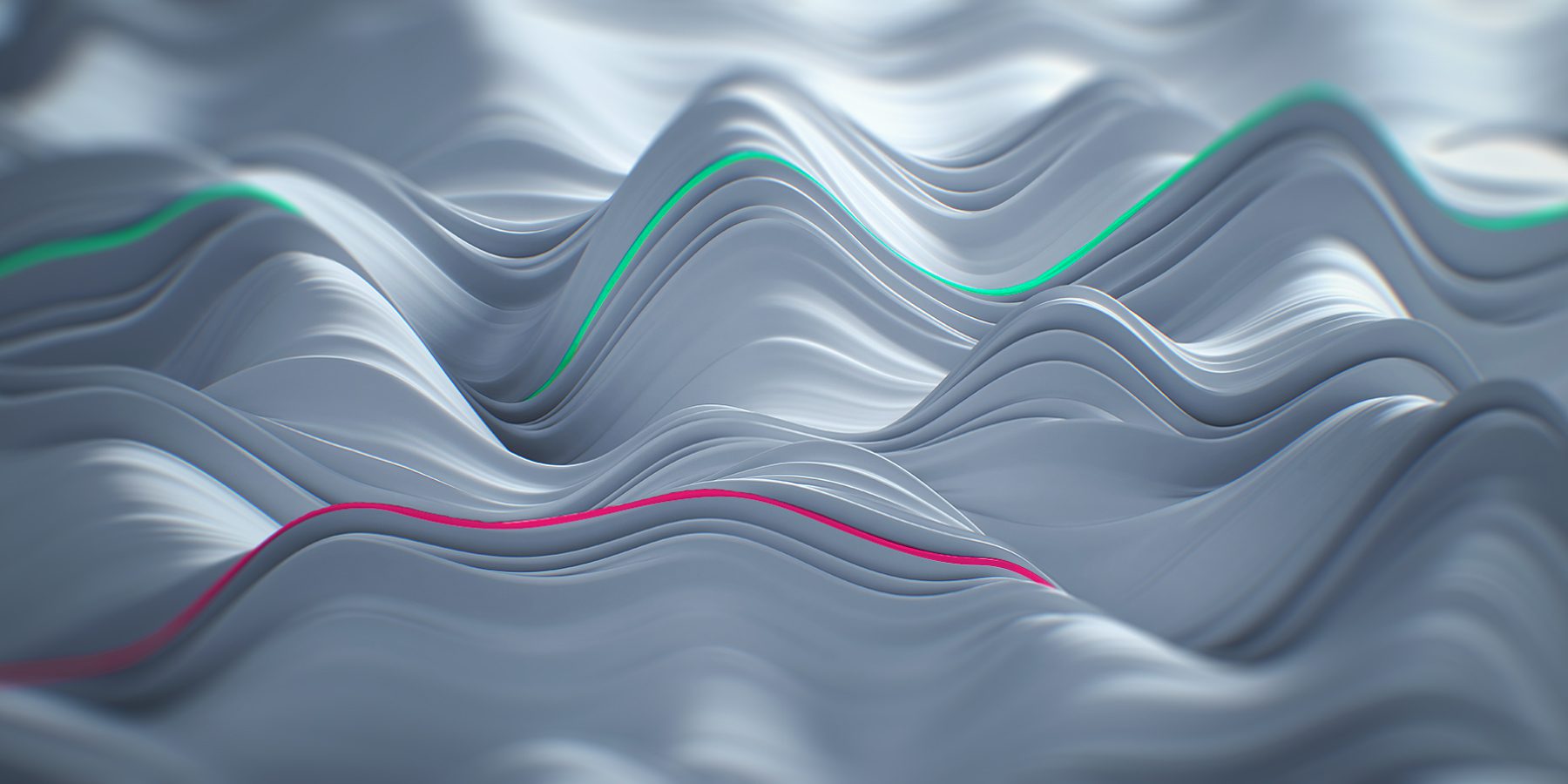 Elliott Wave Theory is a complex method that can take months, or even years, to master. This is a method suitable for traders who approach the market seriously and strive to acquire professional competence. Today we will look at the basics of this approach and see how it can be applied in trading. The method is described in full and detail by the author in the book "The Wave Principle", published in 1938.

The History of Elliott's Wave Theory

In the 1930s, an American economist, Ralph Elliott, in an effort to keep busy and distract from his illness, began analyzing hourly, daily, weekly, monthly, and yearly price charts of various indexes in order to find out if there was any similarity in the trends. He believed every move had a purpose and he reviewed charts spanning 75 years of stock data.

In May 1934, the results of Elliott's observations began to form a set of general principles of stock market behavior. Elliott said that while market activity may seem random and scattered, it actually follows predictable laws and can be measured using Fibonacci numbers.

Ralph Elliott has suggested that financial price trends are a direct result of investor psychology and that fluctuations in mass psychology have always manifested in the same patterns. Elliott discovered that prices move in an impulsive (driving) and corrective manner. The price movements that repeat one after another are called waves. They can be divided into two types.

Driving waves are made up of 5 waves: 3 large price movements in the direction of the uptrend and 2 corrections. These waves are called waves 1, 2, 3, 4 and 5 respectively. There are several rules to follow to find these waves:

Corrective waves consist of 3 waves: one down pulse, one upward correction and another downward pulse. These waves are called A, B, and C. As a rule, corrective waves A, B and C end in the area of ​​the previous wave 4's low. 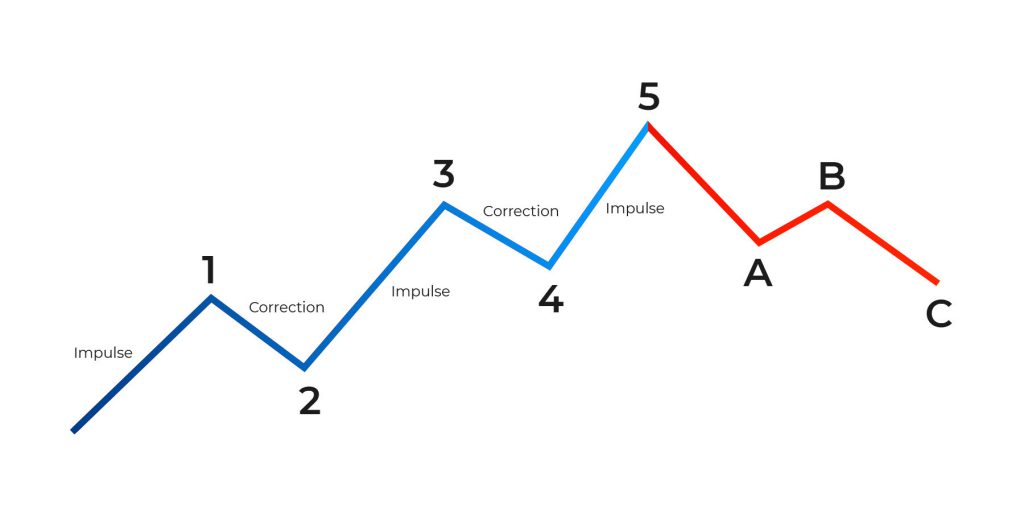 Diagram of impulsive and corrective waves

The driving and corrective waves can be seen in the photo above. It is important to note the length of the waves as well as their proportions. The second wave is usually 60% of the first wave length. Wave 3 is usually much larger than wave 1 and the subsequent wave 4 is usually 30 or 40% of wave 3. The same rules apply for a downtrend.

How to use this theory in practice?

There are many ways to take advantage of wave theory. However, applying the theory in practice can be quite difficult. It is important to remember the rules of wave sequence in order to construct them correctly on the chart.

These movements are fractal, which means they can be found on both larger and smaller types of charts. The waves help determine the direction of the trend and a possible time for an entry.

For example, such a structure can be found on a monthly chart of the Amazon stock. It is clearly visible that the price first climbed in a cycle of 5 waves, followed by the 3 waves of correction.

Finding the waves and analyzing the chart in this way can help the trader to make decisions about future trades. One possible method a trader can use is to enter long positions during withdrawals (correction waves) during uptrends, for example. If done correctly, it can allow the trader to "ride" on the next uptrend as the price moves up to the next high.

Sell ​​trades can be executed during correction waves in a downtrend to possibly profit from the downtrend in the market.

Understanding Elliott Wave Theory can improve your market analysis skills and help you better plan for market entry. However, this is a complex method that requires a lot of research and cannot guarantee 100% accurate results. This approach is best suited to experienced traders who already have above average technical analytical skills.

Source: IQOption blog (blog.iqoption.com) 2020-10-21 09:14:08
Article has been translated for informational and promotional purposes. Translations may not be correct and may contain errors we are not responsible for. Please note this article has been translated by using artificial intelligence. If you are having problems to understand article please refer to original article from IQOption blog.

State of the art, ultimate investment platform — on the device of your choice 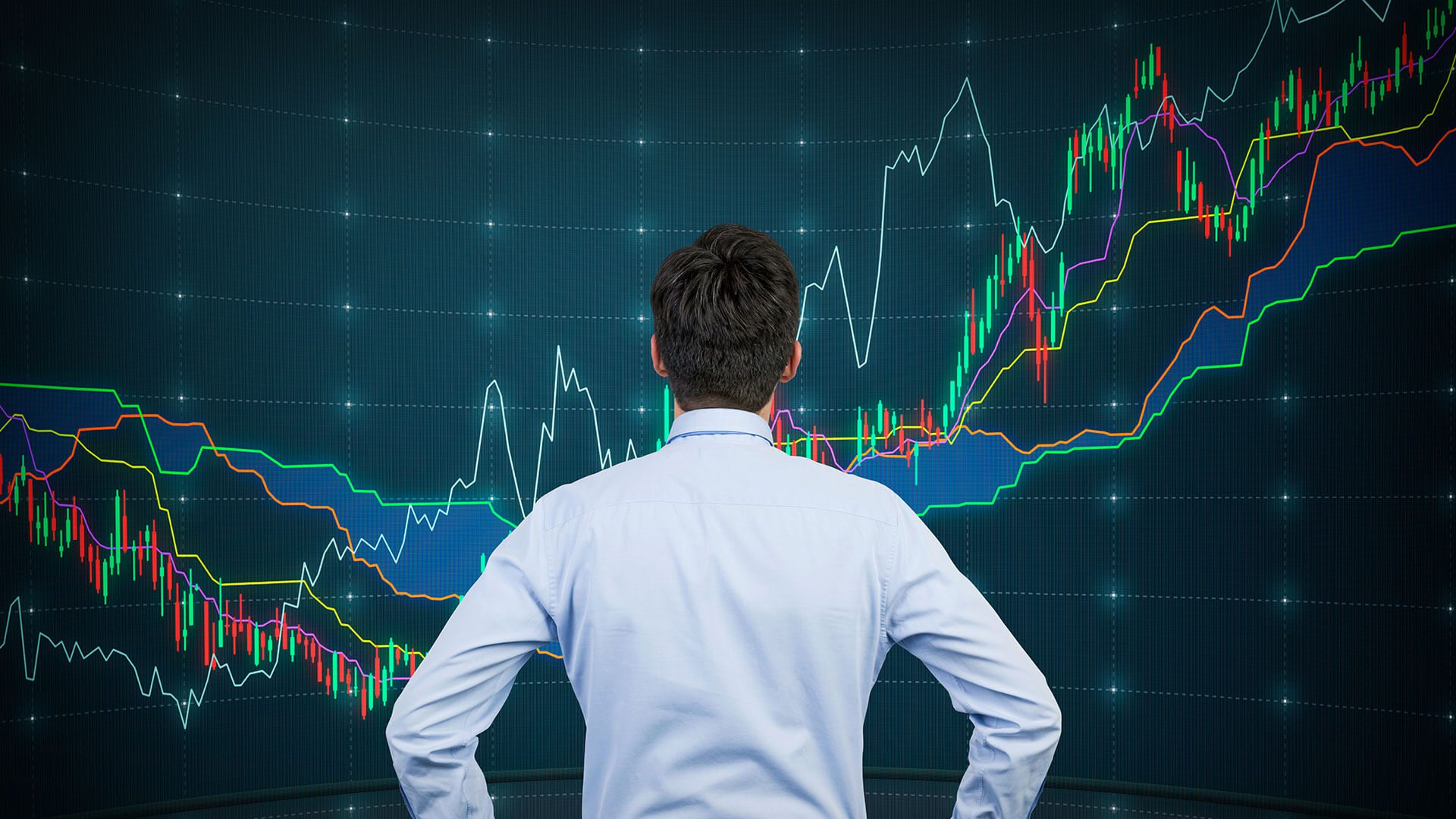 Explanation of Forex Trading. All market concepts in one article 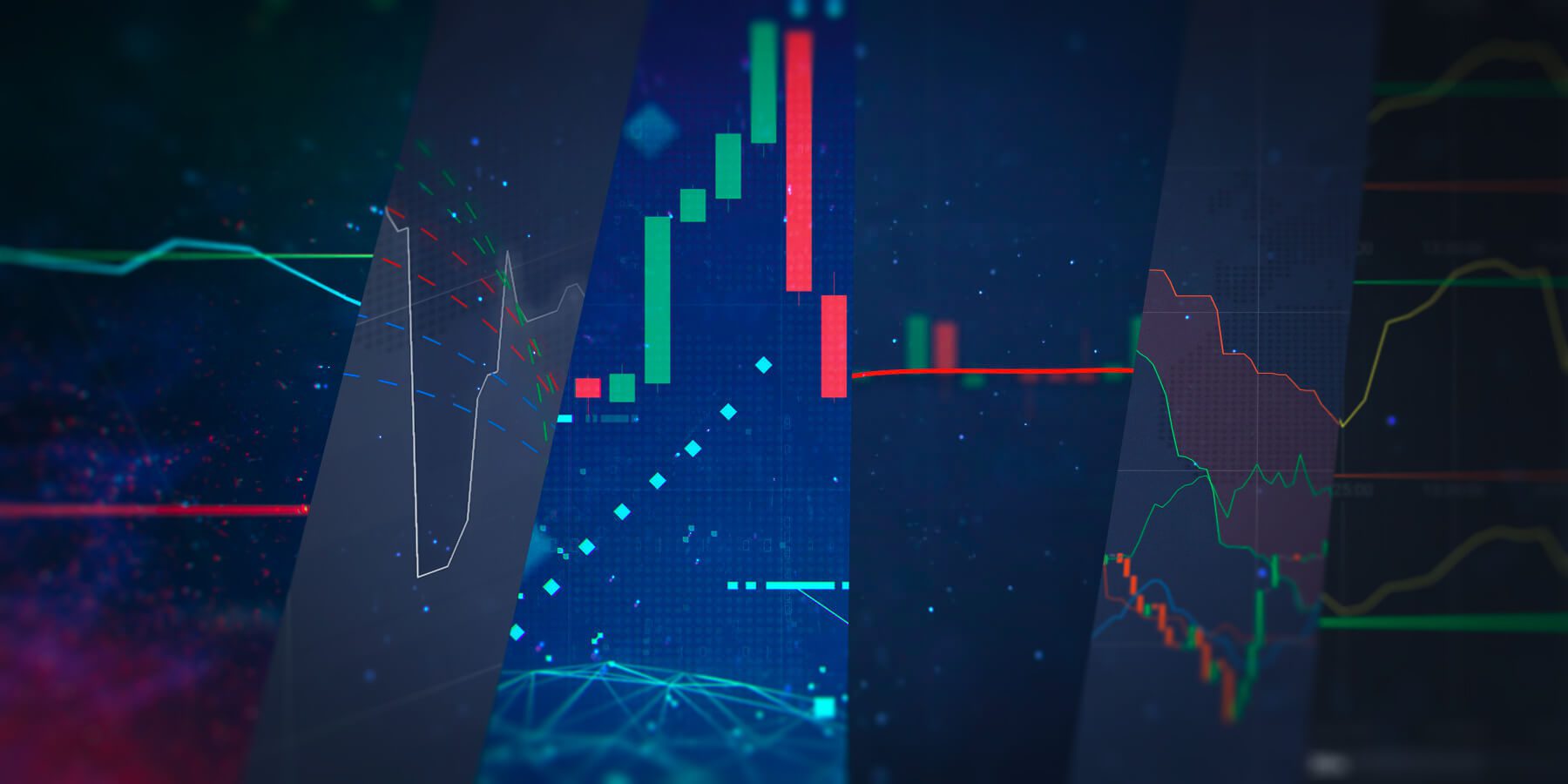 How to combine the indicators? 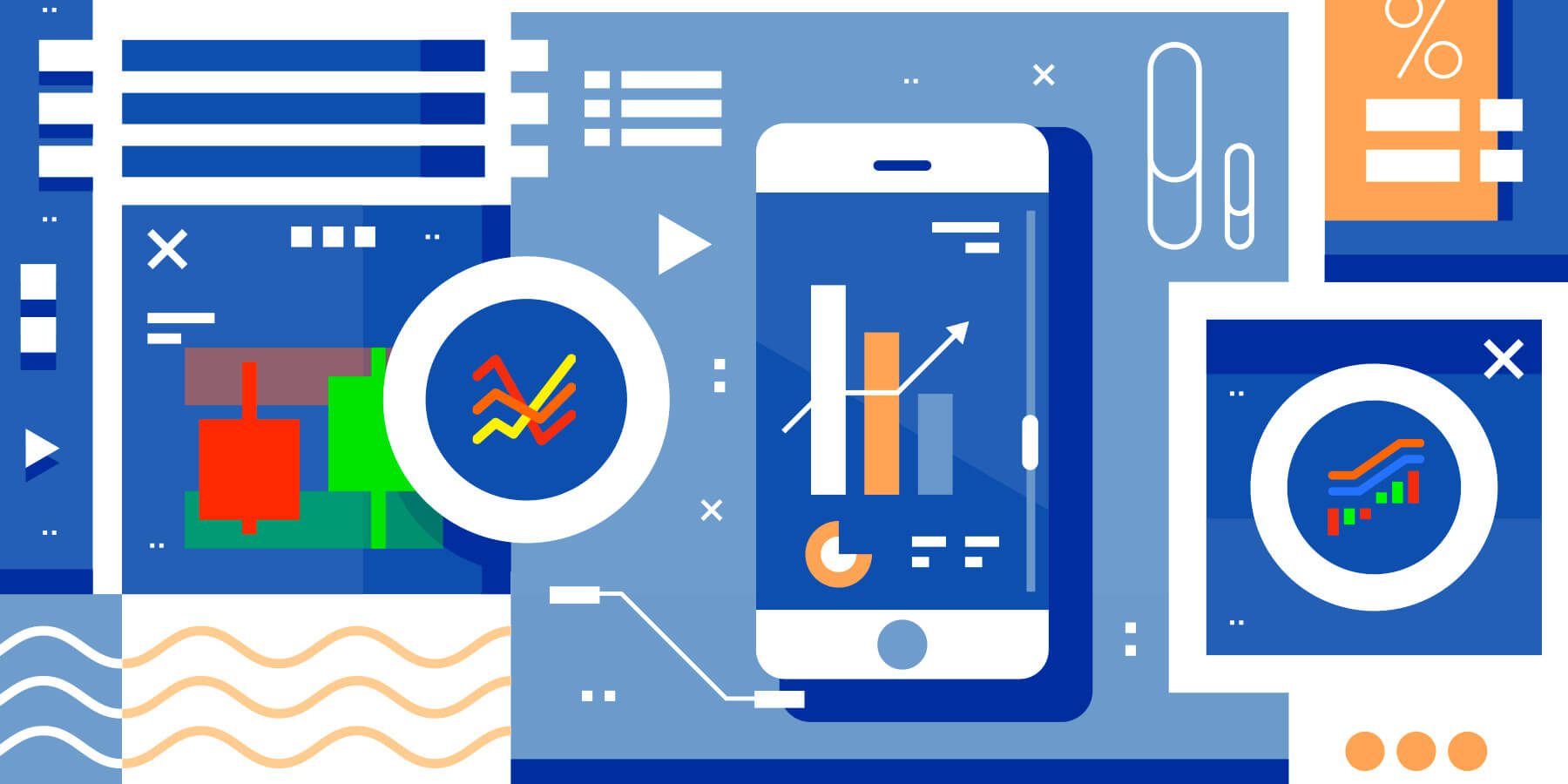 Technical analysis and how to use it 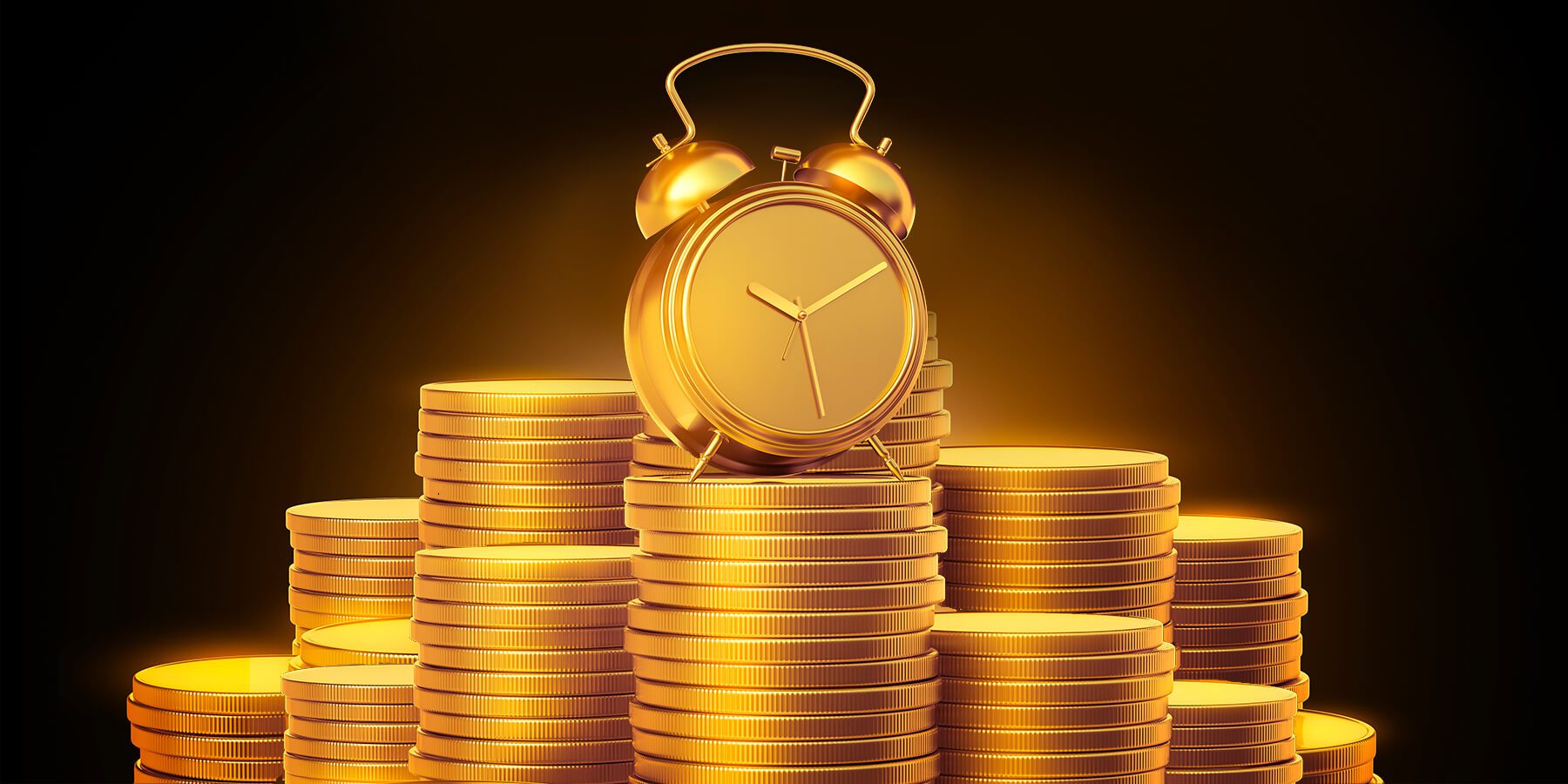 What is the best time to trade?

General Risk Warning: The financial services advertised on this website carry a high level of risk and can result in the loss of all your funds. You should never invest money that you cannot afford to lose. Privacy Policy: We use cookies. If you continue to use this site we will assume that you are happy with it. Find out more