Please note: As required by the European Securities and Markets Authority (ESMA), binary and digital options trading is only available to clients qualified as professional clients. 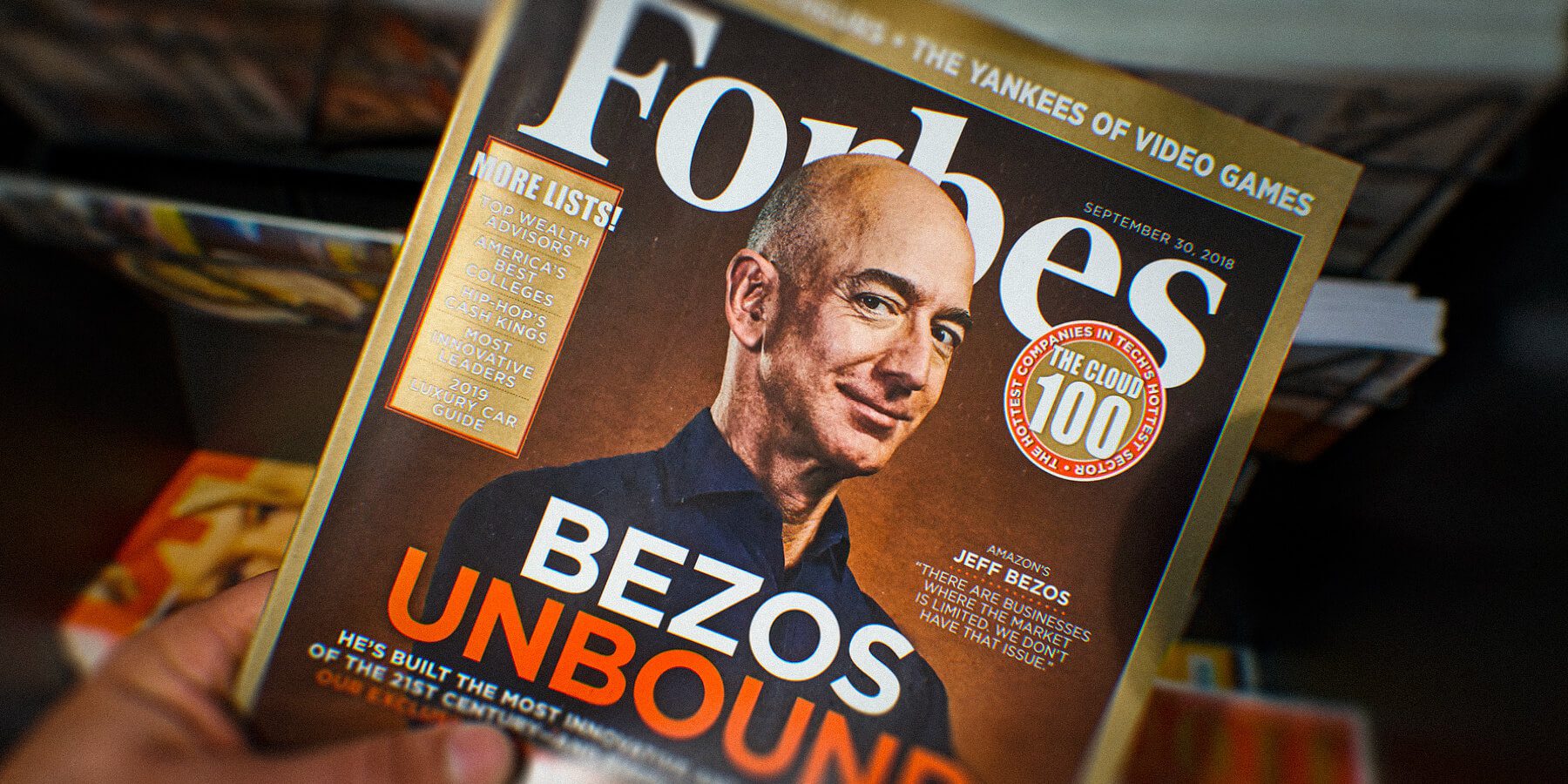 How do you become the richest man on earth? Is it education, background, luck or a bit of all of that? The stories of those who were not born to be rich, but who created their own empires are always incredibly interesting and often very inspiring.

Jeffrey Preston Bezos’s story is no exception: being the founder and CEO of Amazon, he has had a career that has culminated in his current success. At 56, he is the richest person in the world for the third year in a row. In 2018, his net worth exceeded $ 200 billion. Currently, it is valued at $ 175.3 billion. Here is the inspiring story of the most successful person of our time.

Jeffrey Jorgensen was born in Mexico to a family of a 17-year-old student and a bicycle shop owner. Several years later, her parents divorced and her mother remarried. Her new husband, Miguel Bezos, adopted the boy whose last name was changed to Bezos. The family moved to Houston, Texas, where Jeff went to elementary school, and then to Miami, Florida, where he attended high school. While in high school, Jeff also worked in the breakfast service at McDonald's. A big inspiration for Bezos is his grandfather, whose summers he spent many summers on the ranch. In 2010, he said he was taught by his grandfather that "it is more difficult to be kind than smart".

Bezos was fascinated by space and always wanted to be a space entrepreneur. He showed an interest and great ability in science and technology and obtained a bachelor's degree in engineering from Princeton University. Additionally, as an extraordinary student, he was a member of the Phi Beta Kappa fraternity, a prestigious academic honor society. His brilliant education and hard work opened up many possibilities for his career.

After graduating, Mr. Bezos was offered jobs at companies such as Intel and Bell Labs and worked in his field on Wall Street. In 1994, at the age of 30, he became senior vice president of D. E. Shaw & Co, an investment fund. His career was already successful and lucrative, but he decided to “do this crazy thing” as he defined it in his 2001 interview – go and start his own business. What prompted him to quit his stable career and take such a leap of faith?

As Bezos explains, several factors helped him make this decision. The idea of ​​starting an e-commerce business came to him after learning that web usage was growing 2300% per year, which was almost unbelievable – no other field was growing so fast. Bezos saw an opportunity to break into an industry with almost limitless potential. Another important factor in his decision-making process was the desire, as he puts it, to "minimize a number of regrets" in his life: he didn't want to miss an opportunity and regret it many years later.

Bezos started the business in 1994, in his own garage, after drafting the initial business plan while traveling from New York to Seattle, where he moved with his family after quitting his job. Jeff made a stop in San Francisco and interviewed the VPs of Engineering to get help from top experts in the field and make his initial hire. After developing the first steps, Bezos accepted a large investment from his parents in the company and started an online bookstore called Amazon.

As Bezos indicates, when the store launched in 1995, he and his team were absolutely shocked by the reaction of customers: in the first month, they received orders from all 50 states and 45 different countries. The company therefore had to quickly adapt and transform into a 2,000 square foot warehouse. Over the next few years, the company grew and its product line expanded. In 2013, Amazon became the world's largest online product retailer.

Fascinated by space, Bezos founded another startup – Blue Origin, which is often compared to Elon Musk's SpaceX. Both companies are working to make space travel more accessible and affordable. Currently, Blue Origin is working on the development of a lunar lander, as well as other projects that allow commercial passengers to travel in space.

Perspectives on Life and Leadership

Although Bezos has been very fortunate in many areas, including his education, outlook and business approach are impressive. In his interviews, he often mentions his philosophy of life:

“I wanted to look into the future until I'm 80 and say, okay, I look back at my life and I want to minimize a number of regrets that I have. I wasn't going to regret trying to participate in this thing called the Internet. And if I failed, I wouldn't regret it. But one thing I might regret is never trying. I knew it was going to haunt me every day ”. – Jeff Bezos.

Bezos envisioned "Get Big Fast" – Amazon’s motto that reflects the company's zeal and rapid development. Although there is a lot of speculation about the company's corporate culture, it remains the leader in the e-commerce market.

The story of Amazon’s success and Jeff Bezos’ personal accomplishments is incredibly moving and motivating. If there is anything we could all learn from him, it is to trust our vision and our instincts and stay as hardworking and goal-oriented as possible. Everyone can find a little inspiration in Bezos’s success.

Who is the person who inspires you the most? Let us know in the comments below.

Source: IQOption blog (blog.iqoption.com) 2020-10-07 14:01:14
Article has been translated for informational and promotional purposes. Translations may not be correct and may contain errors we are not responsible for. Please note this article has been translated by using artificial intelligence. If you are having problems to understand article please refer to original article from IQOption blog.

State of the art, ultimate investment platform — on the device of your choice 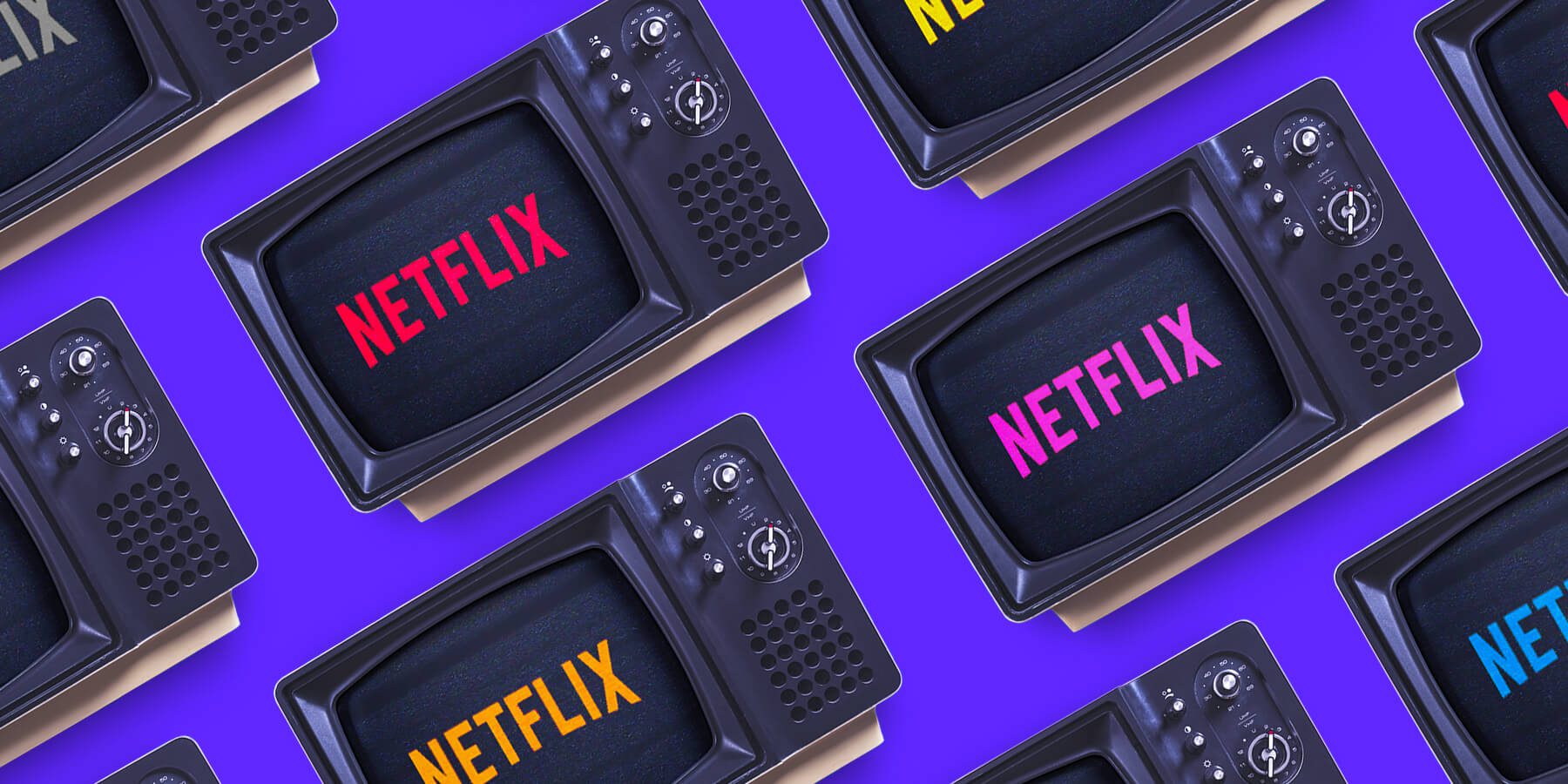 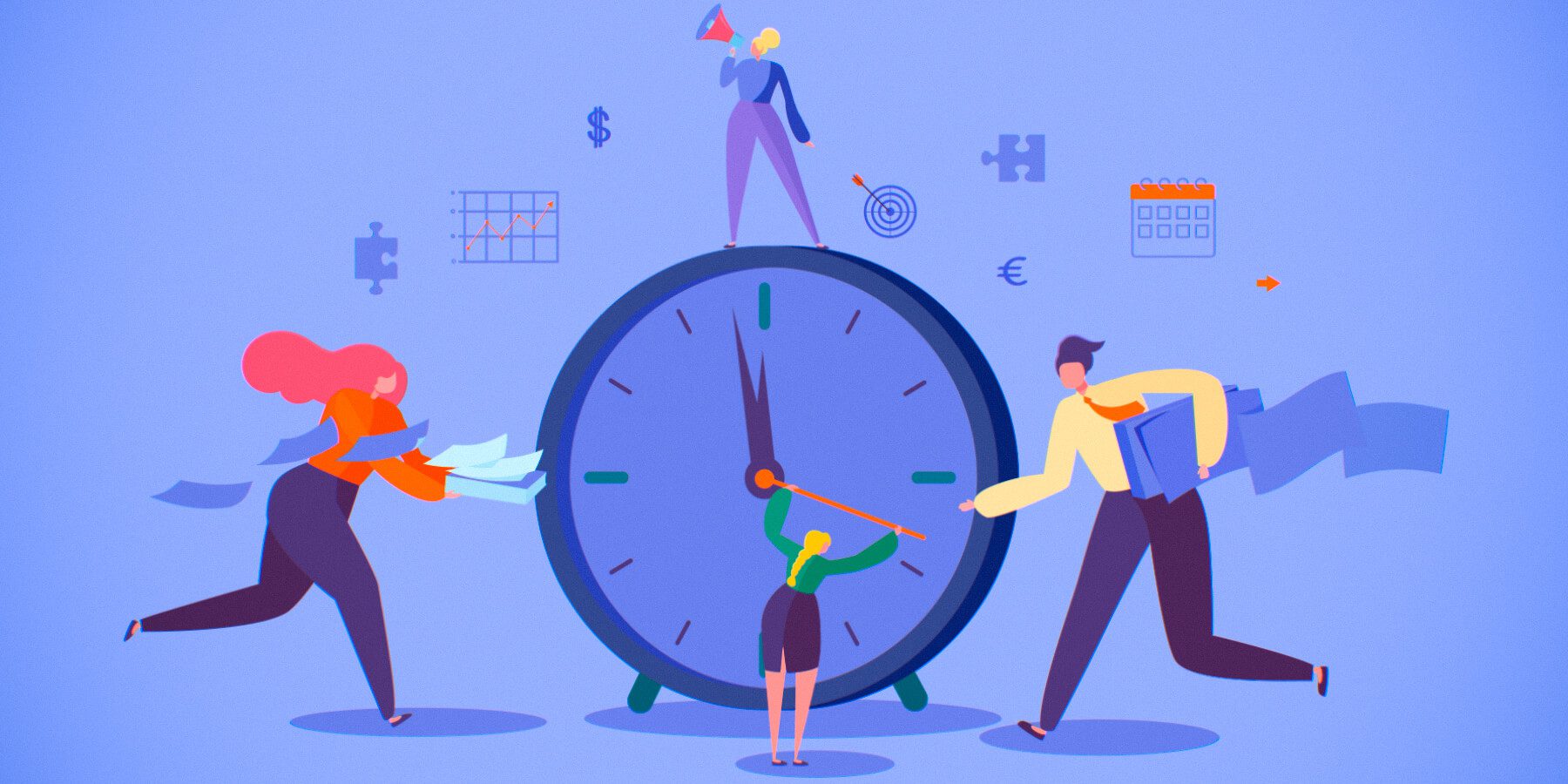 how does it work and why do not all instruments have it? 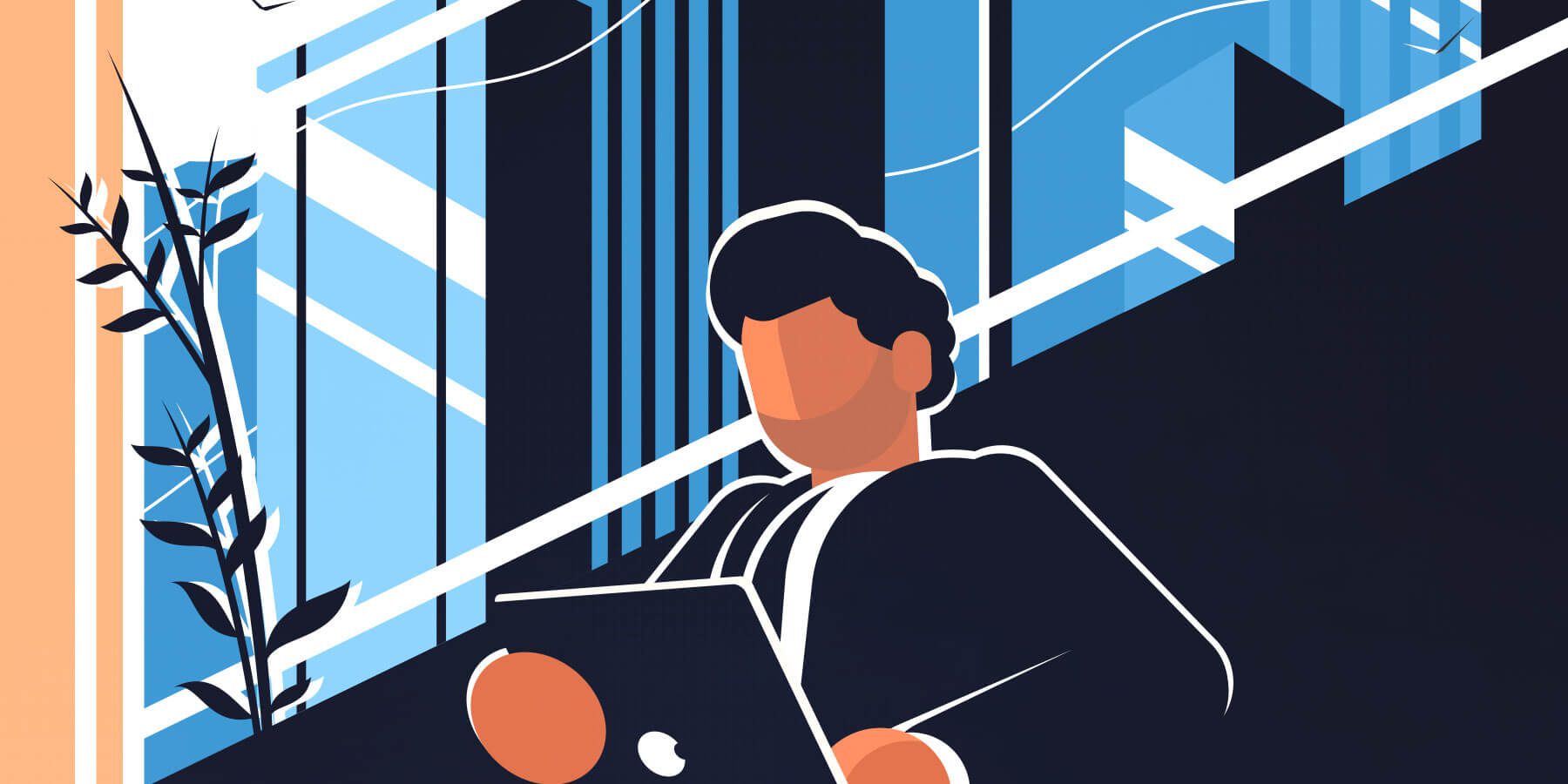 General Risk Warning: The financial services advertised on this website carry a high level of risk and can result in the loss of all your funds. You should never invest money that you cannot afford to lose. Privacy Policy: We use cookies. If you continue to use this site we will assume that you are happy with it. Find out more